For anyone who is interested in our graduate programs at the Department of Chemistry, Faculty of Science, Chulalongkorn University, you can now watch a recorded live “Active Recruitment 2021” program
This talk will provide the key information about our two graduate programs:
1) Graduate Programs; Master and Doctoral Degrees in Chemistry
2) Green Chemistry and Sustainability; the brand new international M.Sc. and Ph.D. program of our department
News & Announcement
Undergrad Students
Grad Students 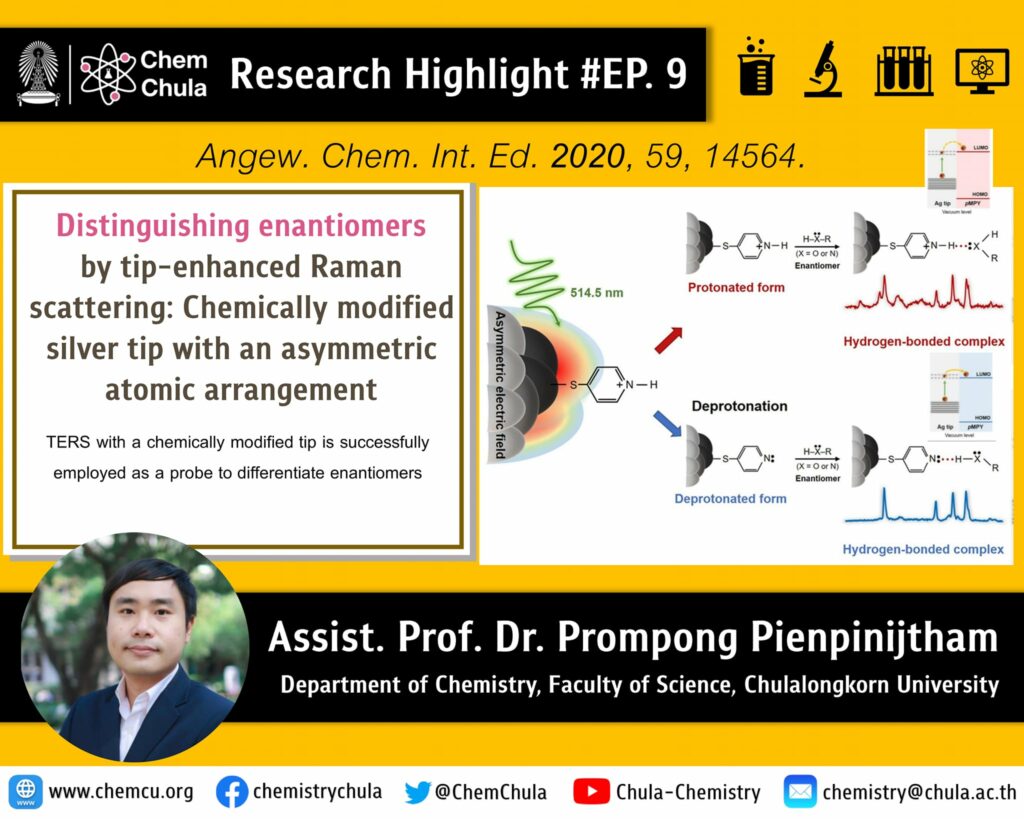 Discrimination between enantiomers is achieved by tip-enhanced Raman scattering using a silver tip that is chemically modified by an achiral para-mercaptopyridine (pMPY) probe molecule. Differences in the relative intensities of the pMPY spectra were monitored for three pairs of enantiomers containing hydroxy (–OH) and/or amino (–NH2) groups. The N: or N+–H functionality of the pMPY-modified tip participates in hydrogen-bond interactions with a particular molecular orientation of each chiral isomer. The asymmetric arrangement of silver atoms at the apex of the tip induces an asymmetric electric field, which causes the tip to become a chiral center. Differences in the charge-transfer states of the metal-achiral probe system in conjunction with the asymmetric electric field produce different enhancements in the Raman signals of the two enantiomers. The near-field effect of the asymmetric electric field, which depends on the number of analyte functional groups capable of hydrogen-bond formation, improves the degree of discrimination. 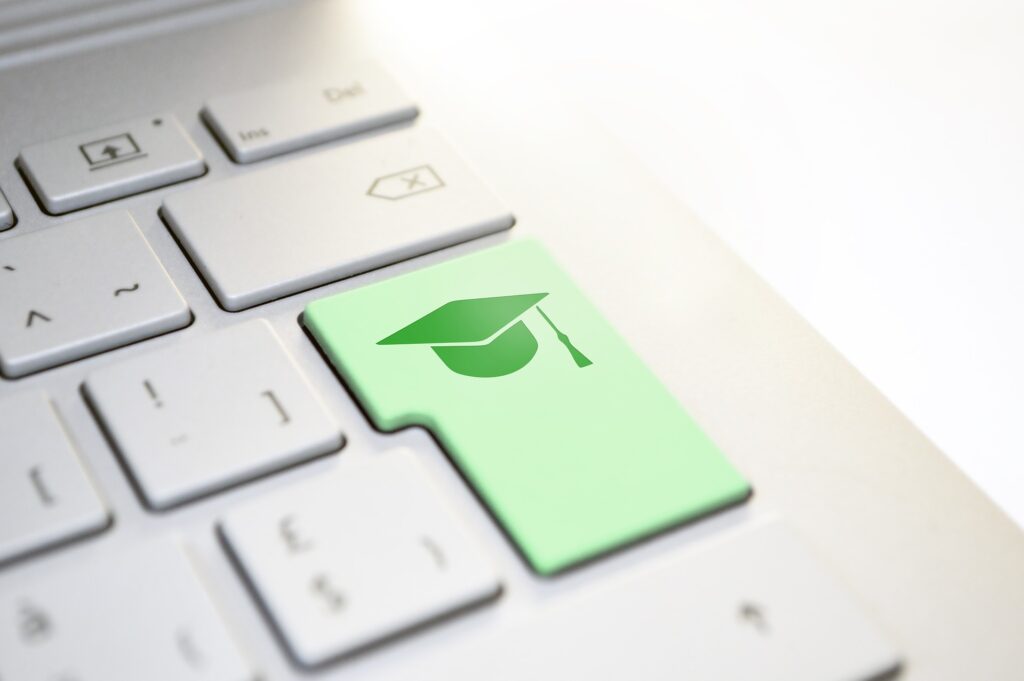